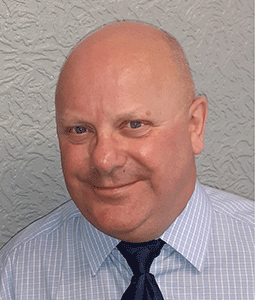 Stephen qualified as a solicitor in 1996. He joined Mosshaselhurst in July 2021 after spending his previous years in his native North Wales.

Stephen is well known and has a highly regarded reputation in the Family Courts of North Wales and Cheshire. He has also appeared regularly in the local magistrates courts having been a duty solicitor in the criminal courts and local police stations for 20 years.

Stephen approaches his work professionally whilst at the same time understanding his clients’ needs in their particular circumstances. He will provide appropriate advice to you in relation to all matters following a relationship breakdown and in particular with regard to divorce proceedings, financial negotiations, children disputes, domestic violence and change of name documents.

Outside of work Stephen has been a season ticket holder at Wrexham football club for many years and travelled extensively across the continent watching the Wales international football team. He enjoys foreign travel and he is a football referee in his local area.

If you need initial advice following the breakdown of a relationship or representation at court on a family matter then contact Stephen at our Northwich office on 01606 74301.

We use a range of cookies to improve your experience of our site. Find out more.