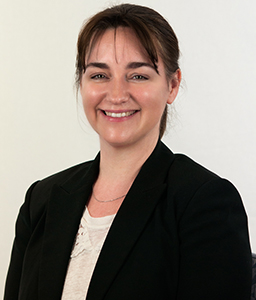 Joanne is a Solicitor, Notary Public and Director of mosshaselhurst Solicitors.

Joanne qualified as a Solicitor in December 2004 and joined mosshaselhurst in July 2005. She became a partner in the firm in 2007.

In 2010 Joanne obtained her Post Graduate Diploma in Notarial Practice from the University of Cambridge. She was granted her Notarial Faculty in 2013.

She specialises in Residential Conveyancing including sales and purchases, grants of leases, re-mortgages, repossessions, Right to Buy, Help to Buy and New Build properties.

Under Joanne’s leadership, mosshaselhurst’s property department is considered one of the best in the area and has been nominated for several awards; being shortlisted for the Law Society’s Conveyancing Quality Scheme Award for Excellence in Conveyancing Practice in 2014 and for Modern Law’s Property Team of The Year in 2016 and 2017.

Joanne also practices as a Notary Public and provides notarial services to clients across mid Cheshire.

Joanne lives in Sandbach. In her (limited!) spare time she enjoys walking, reading and gardening and looking after her chickens. She is also a member of the Rotary Club of Northwich and enjoys organising and participating in their community events such as the Northwich Beer Festival, Swimathon and Bonfire Night and their amateur dramatic productions.

We use a range of cookies to improve your experience of our site. Find out more.